I have been harvesting yellow squash, zucchini, potatoes (white and red.  The reds are red inside and out, and are delish!) Swiss chard, blue lake beans, onions (white and red) last of the cucumbers, beets, white eggplants, purple peppers and cherry/grape tomatoes, which are just starting to come now.  I've been picking tomatoes for several days now.  Soon will be roasting them.  I have enough now.  Carolina gold and beef steaks are beginning to turn.  It's going to be intense when all the tomatoes turn.Usually, I have 100 quarts put by by now. So this year I will work around the clock.  I must admit everything has been outstanding. We have been very fortunate.

Have begun another writing challenge. Another set of lyric essays and flash fiction. I'm hoping to have 6 of each done by October 2nd.  We'll see if I am as successful as this summer challenge.

I have some ideas brewing. Still writing poems, but I'm considering them differently since the summer writing challenge.

Good news. I have been asked to write reviews for two journals.  One in USA and the other in UK. If any readers of this blog have a new poetry book/chapbook, please send it my way!

I'm hoping I will be able to write a couple of these every month.

Glad to have been able to complete some novel editing per writer request. It's a bit difficult at the start of the semester.

So far, so good with classes and teaching and meetings.  Even though I was dragging my big toe a bit, I knew that  once I started working on syllabi, I would perk up.

From the batch of lyric essays written this summer, ranging from 250 words to 2500 words, I have had seven out of the twelve accepted, and two of them haven't been released into the world yet.  I feel so fortunate and encouraged by this.

This upcoming week my niece Lucy will be in town for a visit!  She will get to enjoy the tomatoes.  My sister Andrea and her grown children Matt and Kiira only got a nimble.  But, they did have a lot of other veggies and fruits from our gardens.

Hoping to get some relaxation time in this weekend .  We'll see.   Always a lot to do. 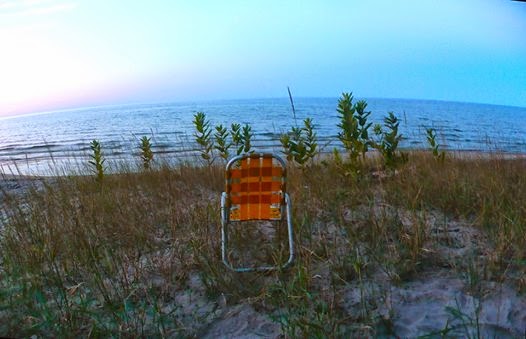 Yesterday we had a fabulous family party at my sister Karen's lake house.  It was a perfect day.  My cousins were at this party and I just love, love, love them.  They lifted my spirits, like none other.  So much laughter.

Today begins the week of meetings of all kinds. Am I ready' to step into the groove'?  Yes, Madonna as my theme song. I can still skip-dance.  Still have the lace gloves!


Here are links to recent publications:

Thanks to the editors fo giving my work a forum.  I am so fortune to be alongside so many fine poets & writers. 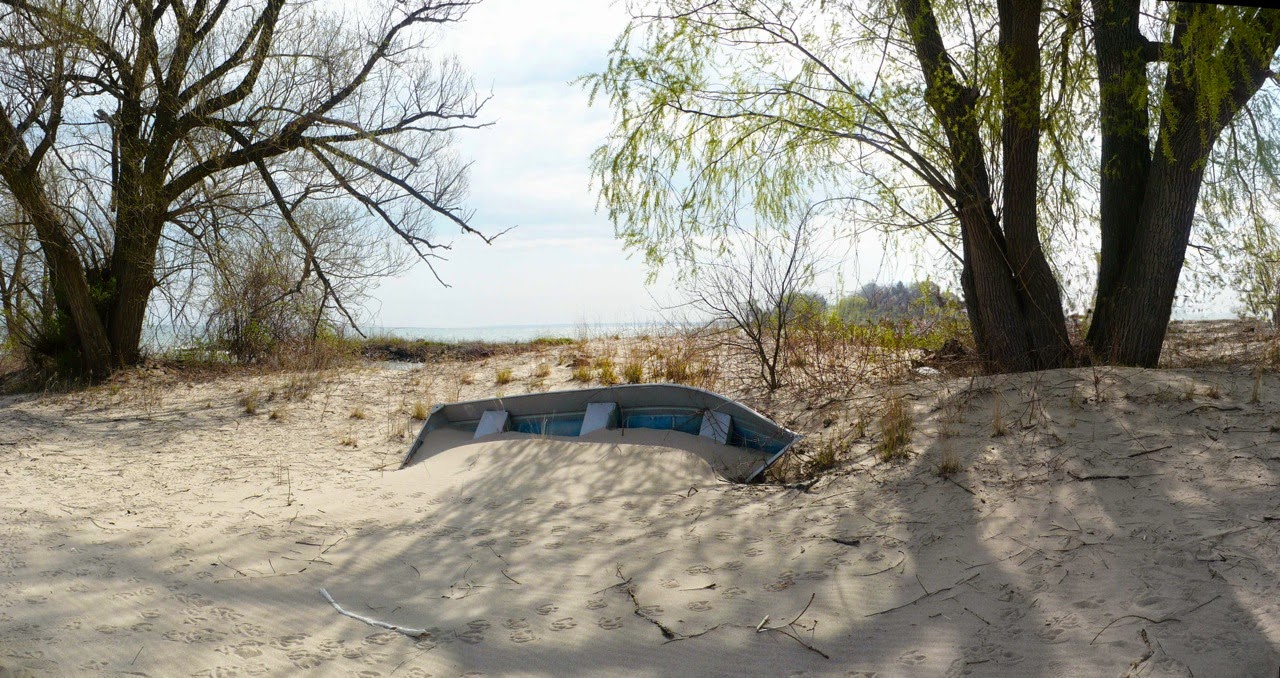 So this is it.  The end of summer.  Sunday, our one day left. I'm lost in thought.  Life is a game of take away. I find myself pulled in two directions.  Soon, it will be three.  In a day, I will have to go in all three.  No choice.
I will have to be attune to the daily schedule. This realization is slightly horrific. I have four rows of gorgeous tomatoes, still green; but they promise to be all that we expect. With  nervous impatience, we're waiting . . . .


~
Yesterday, I made another batch of both Golden Apricot jam and  Dill Relish with Jalapeno pepper (not hot,but mighty tasty!)  Today I'm going to roast beets for a salad with goat cheese and walnuts.  Make a pan of Zucchini Parm and bring it over to my sister's house for a last summer party with family.  I'm looking forward to this.

I have been trying to pick veggies every day, so things don't get too large, especially Zucchini, which seems to grow in front of our eyes! On Tuesday, I spent the late morning to afternoons baking and cooking.  With  one One Size Fits All I made three full size recipes. 1. Zucchini Tea Loaves, Zucchini parm, with orange and red peppers and onions and basil; and my mom's recipe of cubed zucchini, with tomatoes onions, garlic, basil and egg and  cheese (really soul food!).

Finished a poem I was working on.  It's taking me several days to complete a poem.

Last year, we held a summer poem challenge and the 13 poets who submitted their poems will be reading their poems tonight.  A year's full circle.

A lot of these poems have been published in journals, including the annual Just Poets anthology Le Mot Juste, 2014.


Looking forward to hearing these poems tonight. If you're in the neighborhood, please stop by.

My friends have been posting "three positive things" as a week long challenge on Facebook, and reading them has given me an emotional lift, especially now that I'm dragging my big toe, trying to keep summer a bit longer.So I decided that I need to do this too.  To help me realize the daily good stuff.

Made another batch of Organic red raspberry-apricot jam ( 3 pints; 2  half-pints.Gorgeous color!)
Made dill relish with jalapeno and sweet red and orange peppers (10 pints. The addition of Jalapeno made all the difference!)  The dining room table is filling up with jars of all sizes.

This morning I woke up early.  It was raining, as predicted, a gentle rain, which has since stopped and now the sun is shining.  Sun was not predicted.  Glad to see it.  I'm hoping this rain and sun will keep our tomatoes on course.  We have a lot of tomatoes!  All green!  I hope they will be ripe  in two weeks when my sister Andrea arrives for her birthday fete.


This summer, I struck the mother lode in my creative endeavors.  It's hard to believe that I accomplished so much in less than a hundred days.  I think this is why I'm feeling reluctant to turn my full attention to beginning of the Fall 2014 semester.  Not that I'm not ready to go back to the pace of teaching, because I have been working on upcoming events and my program, but how to balance it all? How to be alert in three worlds?  It's going to be wobbly, I think.  Processing the  garden's harvest is going to run into late fall.  Everything is late because of the weather.   I guess the old adage of go with the flow is the best advice.

This is called A Poem 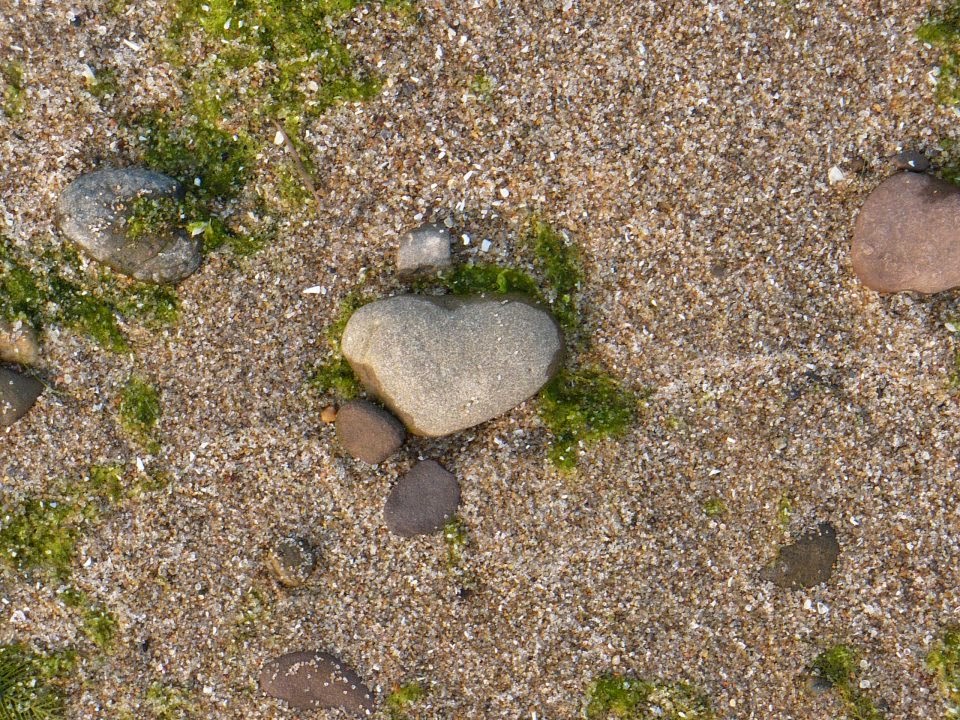 Resonance, that is a  poem's musicality, is the single most important element in creating a lasting poem.  How often I have hung my hat on lines that become ever-lasting due to the way a poet has selected  his/her words (ideas and images) to build metaphor that takes my breath away.  I read and reread these poems often; never tiring of them.

Since I spent the earlier part of the summer writing lyric nonfiction essays, I have been very fussy finding the right rhythm for my recent poems.  I keep snipping at  these poems, trying to settle in.  This summer has been both difficult and rewarding.  I used to say that I was writing about human nature through nature.  But the truth is, nature can't be controlled.  It's unpredictable and quite frankly scary, and human beings and their patterns of behavior are actually easier to figure out if you stop to think about it.  Of course, the way you figure out human behavior is to take yourself out of the equation.  That will give you a necessary distance, and like horse's vision, the ability to see things from both sides.  But, sometimes, it's best to have time that is unfettered by the demands of so many others.  I think this is the reason so many writers seek a retreat or residency away from their normal busy life.  I have never had the opportunity to go away for long periods of time.  I think my MFA years were the closest getaway experiences.

Most of this summer has been spent in recovery.  I think the bouts of illness in early June made both Peter and I realize what is most important.  So we hunkered down and kept to ourselves, working steadily on the gardens and getting healthy (head, heart, spirit).  Family came to visit, which allowed us to catch up with our siblings.

We've been taking car rides west, stopping along the way at Mennonite farm stands and businesses (bakery, meat market, and so on).  The other day, we went into the meat market because it's only open on weekends (Friday-Saturday).  As we were looking through the meat cases to see what they offered for sale, we were eaves-dropping on a conversation between the Mennonite butcher/purveyor and two satisfied customers.
What was strange about this conversation was the Mennonite butcher was relaying a story about deceit.
Another customer had brought back some lobster tails and had claimed that they were spoiled.  The butcher,  after a brief discussion about the handling of the said lobster tails, gave the customer  a replacement order of tails.  He said he was heartsick over this loss.  Then, after a day or so, the unsatisfied customer returned with money to pay for the replacement order.  This gesture surprised the butcher and he felt it was important enough to share the story of "good faith."

Of course, I understood and appreciated this parable, but I confess I was stuck on lobster tails.  It seemed to be an incongruous food, especially for people who live a "plain" life.  It still seems "all wrong" to me, which is hilarious, because I'm letting my idea of "plain and good" dictate what they can and cannot eat.  Who is to say that Mennonites don't eat lobster?  Peter and I talked about this at dinner last night.  Assumptions come up every day.

More important, than this little story, is the Mennonite produce. We bought some corn on Friday and it was exceptional and I'm sure GMO free. So all of you who are from our area, you need to seek out these farm stands.  These are in Waterport NY.


I'm a bit sad that summer is galloping to its end.  Here we are at the beginning of August.  In several weeks, my sister will be here, and the college semester will be gearing up.  Life's engine will  continue to chug along, and once again I will be caught in the demands of several worlds.

So from now until then, I promise to be here now, and put all of my concentration into my daily work.