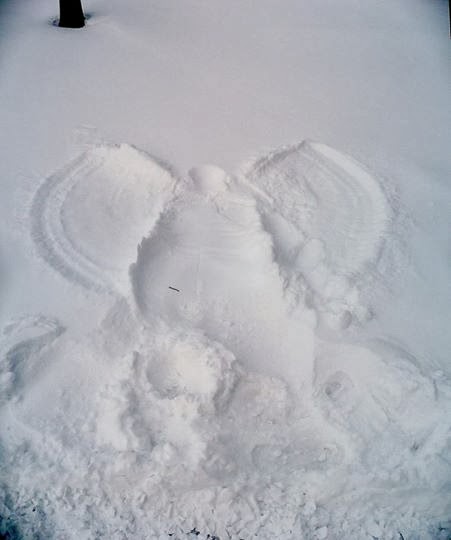 Here is her Angel in ascension.  A miracle, really.
The morning picture to prove it.

I think the weather has made all of us a bit cranky and tired.We've been cooped up because of the dire cold and snow. (I'm wondering where we stand in the snow derby? Has to beat the tally of the past three years.)  The brief walks outside are painful. Our faces hurt. Hands and toes cramp. Sidewalks full of snow and ice.   We're walking like zombies into buildings of higher learning.

In two full weeks, Fisher will have it's Spring break, and I'm certain everyone is looking forward to their week of time to themselves.

Unfortunately,  my time isn't off.  I have a lot of work on the horizon.  I'm trying to keep my head above snow.  O, Snow Angel lift me higher. 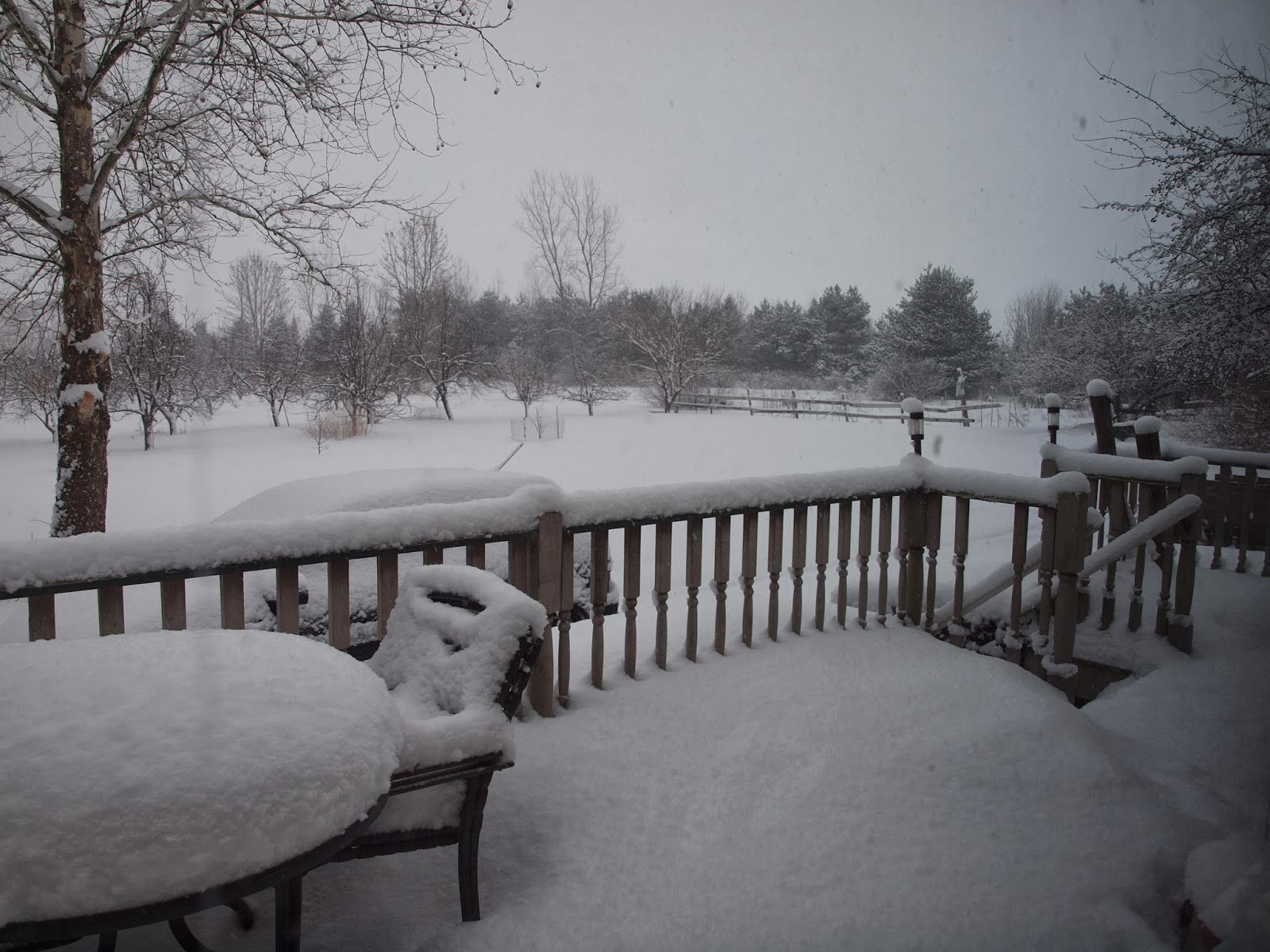 Overnight, another six inches of snow.  How quiet it is this morning, still the soft sift of so many tiny snowflakes.

Over coffee, I wandered through several seed catalogs.  Plump beefsteak tomatoes, bigger than a bread basket, perfectly shaped hassocks-- cradle with two hands pressed up against your chest. I can almost smell their fragrance of sun and wind and rain.  I can't believe I'm getting ready for another season of hard work.  I imagine, by the time the good weather arrives, I will be ready to spend time in the gardens.  Most often, it's a healing time.  A time to think quietly while planting all those delicate beginnings.

On Friday, I renewed my library card in Hamlin, but had to go to Brockport to pick up what I wanted. Once there, I found Russell Banks's latest collection of short stories, A Permanent Member of the Family.  I scooped it up.  I have three weeks to read this sandwiched in between grading papers. I'm so looking forward to relishing each story.  He is such a gorgeous writer. When I saw him read in early December ( an incredible evening. Thank you SUNY Brockport Writers Forum!), I felt so inspired by the way he incorporated his writer's craft in his introductions of the stories he chose to read to us.  I love being read to, too.  Often I wish I could just follow an author, reading to reading, and hopefully hear the whole book.  It's never actually happened, but with a couple of writers in our area, I have heard a lot of their (novel, essay & short story collections). I love having their voices in my head when I'm reading on my own. 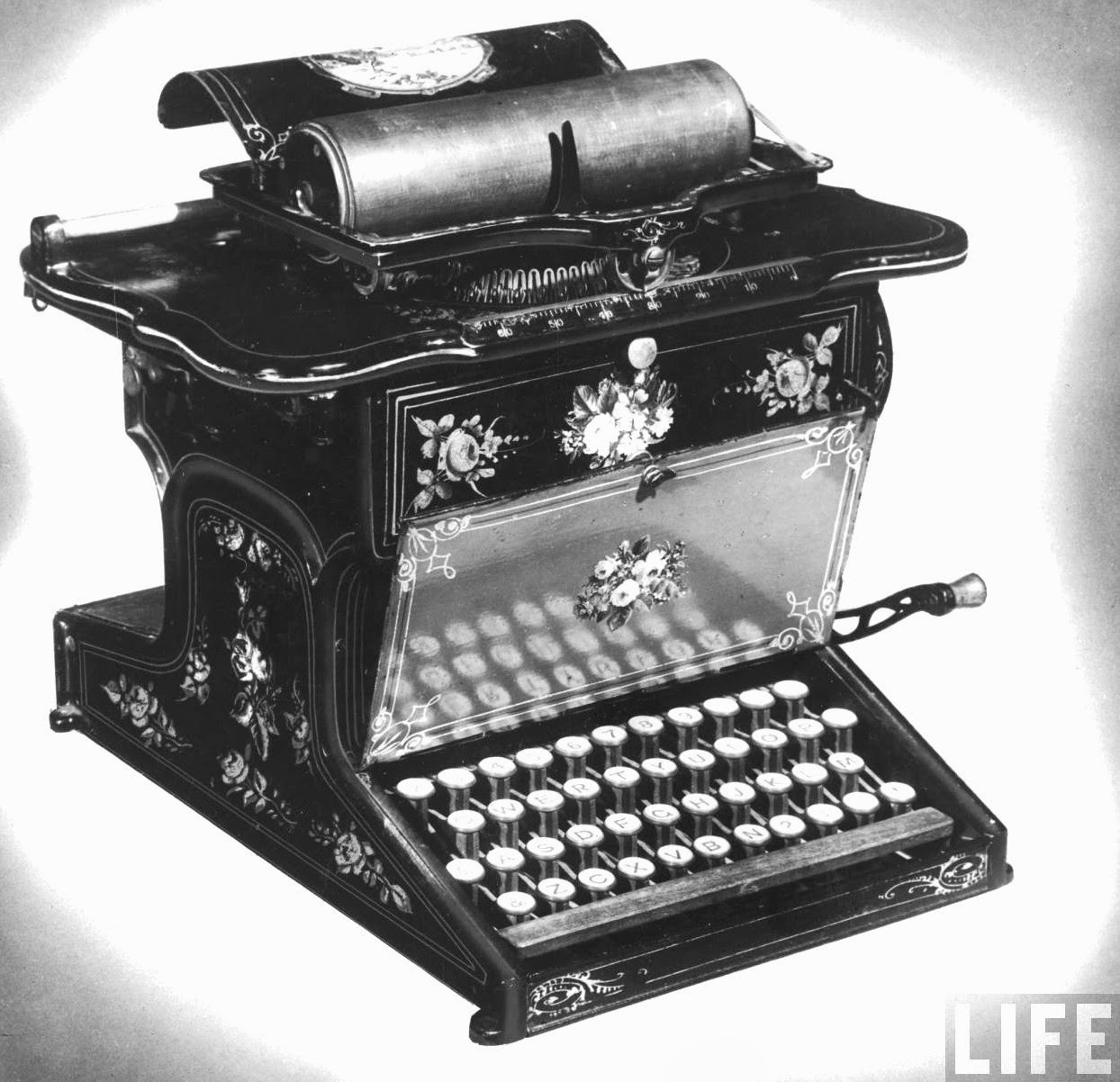 Photo from Life Archive (internet).
Imagine the frothy romance typed on this beauty.
It appears to be so dainty; a cover for the hard-working machine that it is.

This Winter has a mind of its own and deep cold.  I have been writing a lot lately as well as keeping up with the necessary tasks of staying on course at school. Last week was filled with accomplishments for me ( I was surprising myself as the to-do list dwindled before my eyes).  It feels good to check things off.

The week had a wild snowstorm in its back pocket.  Last Wednesday was one for the books.  We received more than a foot of snow. Things cleared by Thursday.  Took my Encounters class to see/hear an exceptional concert at RPO on February 6th:

Remains to be Seen: an exhibit of wood engravings by Steven Lee-Davis, February 3-March 28th, 2014

St. John Fisher College, Lavery Library, Lower Level Gallery: Art Exhibit: Remains to be Seen, wood engravings by Steven Lee-Davis
Rochester, NY~ St John Fisher’s Lavery Library welcomes Artist Steven Lee-Davis, who will be exhibiting  his wood engravings in the Lower Level Gallery, February 3-March 28th, 2014. The opening is February 13, 2014, 5:30-8:00 p.m., with an artist lecture on printmaking from 7-8 p.m. in the Lower level Gallery.
Steven Lee Davis grew up in a small town on the Big Island of Hawaii. In his teen years, his family moved to Toronto, then Boston. His early art influences were the Brothers Hildebrandt, Frank Frazetta, and Allen Lee—fantasy art masters that he strived to become.
Steven Lee-Davis attended Montserrat College of Art for his undergraduate studies and Massachusetts College of Art and Design, earning a Masters degree in Art Education. He has worked as an art teacher and department chair in a boarding school in Western Massachusetts. In Amherst, Massachusetts, he had the opportunity to work with master wood-engraver Barry Moser as his studio assistant.  Moser introduced him to the craft of wood engraving and finer points of printmaking.
Recently, Steven Lee-Davis was accepted as a Roycroft Artisan and he is honored to display his prints with the double-R symbol indicating his status.
Steven Lee-Davis works in his home studio in Rochester, New York and prints on various presses at the Printing and Book Art Center. His work can be found on-line  at www.StudioLeeDavis.com, on Etsy, or locally at the Gallery Store of the memorial Art Gallery.

Looking Ahead:  Poetry Reading, Not to be Missed!

Rochester, NY ~ St. John Fisher College’s Visual and Performing Arts Minor Program welcomes Poets Nate Pritts and Jennifer Fortin, who will be reading a selection of poems from their recent poetry collections.
Nate Pritts is the author of six books of poetry, most recently Right Now More Than Ever.  Publishers Weekly described his fifth book, Sweet Nothing, as “both baroque and irreverent, banal and romantic, his poems […] arrive at a place of vulnerability and sincerity" while POETRY Magazine called his third book, The Wonderfull Yeare, “rich, vivid, intimate, & somewhat troubled.” His poetry & prose have been widely published in journals such as Southern Review, American Poetry Review, Passages North, Court Green, Gulf Coast, Boston Review & Rain Taxi where he frequently contributes reviews. Additionally, he founded H_NGM_N, an online journal & small press, in 2001 & continues to serve as Director & Prime Architect for its various endeavors.  He lives in the Finger Lakes region of New York. 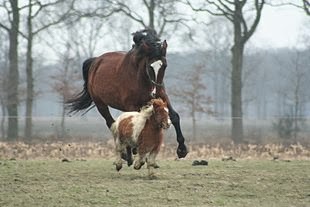