What I have learned this past week:

1.Truth is not delivered in a linear narrative. 2. In life, there are few(if any) reliable narrators. 3. Critical thinking skills are a must. 4. I have seen a glimpse of the lives of the parents of the children I teach. 5. What I had suspected was confirmed.  I have always thought I understood the cycle of poverty and have dedicated many years to the education of all children (urban, suburban, rural) at risk, gifted and talented, and everything in between.  However, after this week, I have witnessed something that makes me all the more determined.

Education is power.  With every child reached, we have a chance to break the cycle.  I really think that we should  engage the parents of these children to participate.  Perhaps this will be their opportunity to gain the education they missed earlier.  The education could be mutual.  I wonder if we could turn our schools into safe havens, where we all could have the hours to engage in wonder and be creative in our learning together.

In my years as a teaching artist, I have had many sessions where there was joy in the classroom.  Children, who felt challenged by writing skills, were able to find their way into my writing strategies and  literally "took off"~ Their writing expressed all that they knew and were able to reflect on "saying it."  They were anxious to read aloud.  They wanted  me to give them "thumbs up" which I did; and truthfully, most of this writing was so honest, so poignant, so-take-your-breath-away that my collaboration with teachers  made all of us (children, teachers) feel like time held still and we were all for each other.  We witnessed change.

This year, I'm going to have an opportunity to participate in programs that will make a difference, as they always have made a difference, but this year will be different.

I think my experience this past week was the missing piece of my understanding of what is truly going on.

I  had a double dose of this reality.  I found the truth.

“The present moment is filled with joy and happiness. If you are attentive, you will see it. (21)”
― Thich Nhat Hanh, Peace Is Every Step: The Path of Mindfulness in Everyday Life 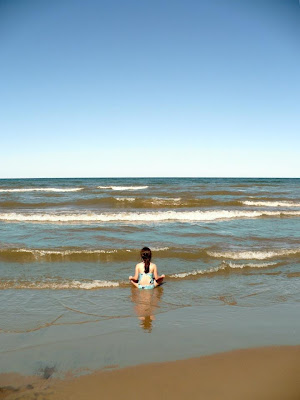 Photo by K.Iuppa. Brigid's Yoga Session in the Lake

So far, this week has been hot and steamy.  Getting up early to work in the gardens before the blistering heat hits its highest mark.  Yesterday finished weeding the South garden.  This morning aiming to work in the North garden.  I made another batch of red raspberry jam in the cool of the morning.  Our farmhouse does not have air-conditioning, so we have to shut it up tight before the day advances. There is a significant difference of temperature. But when it get this hot, it's best to find a cool place to sit and read.

I've been trying to get a lot of work done. Slow but sure.   On the writing front, I have nearly finished a section of my novella that's approx 6000 words, which is an accomplishment for me.  I started this novella last summer.  Hopefully, by end of August, I will have more done.  We'll see. 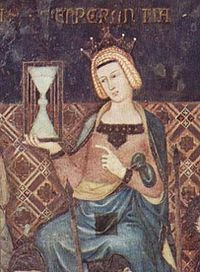 How quickly sand passes through the hourglass. I wish, I wish, I wish  seems to be my mantra.  I need about 12 more hours in each day.  I need more energy.  This rainy weather has slowed our growing season.  Spent several hours yesterday weeding.  Glad to get in there. Carrots are looking good.  Growing tall  and lush, along with our lettuces and herbs.  Beans are jumping out of the ground.  Squash, which will feed two nations, has many flowers (they all come at once).Something attacked my eggplant, but the new center leaves look okay. We'll see.  Our replanting seems to be steady.  I can't believe how much rain we've had and it's muggy.  It feels tropical.  The god given tomatoes are growing fast.  Actually catching up to our first plantings.  We have tomatoes on the vines now and peppers too. Going to spend some time out there weeding today too. I just hope we have a decent harvest, especially for my sister's birthday in August.

While I was weeding yesterday afternoon.  I listened to the cries of red tail hawks.  They were soaring so high in the air. Our new chickens are laying gorgeous eggs: green-blue, pink, dark tan-brown, sand beige.Every day is Easter.  I love looking at them.

Have been writing every day. Poems and essays. Some of the work is quirky. I have been tweaky my third volume of poetry and will be sending it out next week. It will feel good to have it out there, making its rounds. 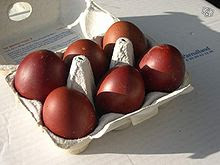 “Feelings come and go like clouds in a windy sky. Conscious breathing is my anchor.” 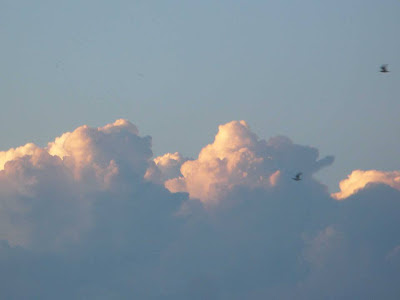 Impossible.  July is here.  With its clouds and birds in flight. I want a gentle wind.  Sun.
Monday's daylight coming on stronger and stronger.
Just changed the month and days on our wooden calendar. Ritual of 25 years. It's so still outside.
Yesterday Peter found a painted turtle the size of a 50 cent piece in our old stone driveway. He picked the little guy up and bought him in the house.  I put him in an old cake tin with a little water.
We speculated about where he came from. Couldn't find any open nests on the side of the road, or the quick exodus of his siblings.  We think he slipped out of a bird's mouth and landed on our lawn.  I bet he was stunned.  But not injured at all  He has speed!
We took him over to Howden Pond, hoping he will have a fighting chance. He seemed to like the shallow pond water, with its water irises and frog song and not too far off, we spotted another painted turtle.

Howden Pond is so peaceful.  Hidden from the world.  Teeming with wildlife (flora and fauna).

It's a perfect home for this little guy.
Posted by M.J.Iuppa at 8:41 AM No comments: